Any object in the modern world includes an electrical system that provides power supply, artificial lighting and management of electricity consumption at the facility. The company “TBS” creates reliable and economical electrical systems, using the most modern technologies in their design and installation.

Power supply electrical systems are designed to transfer electricity from sources to consumers, while the main components of power supply systems are sources of electrical energy, switchgears and consumers (electric receivers). In order to ensure the reliability of power supply, the laying of underground cable lines to buildings according to existing standards is performed immediately from two independent transformer substations. 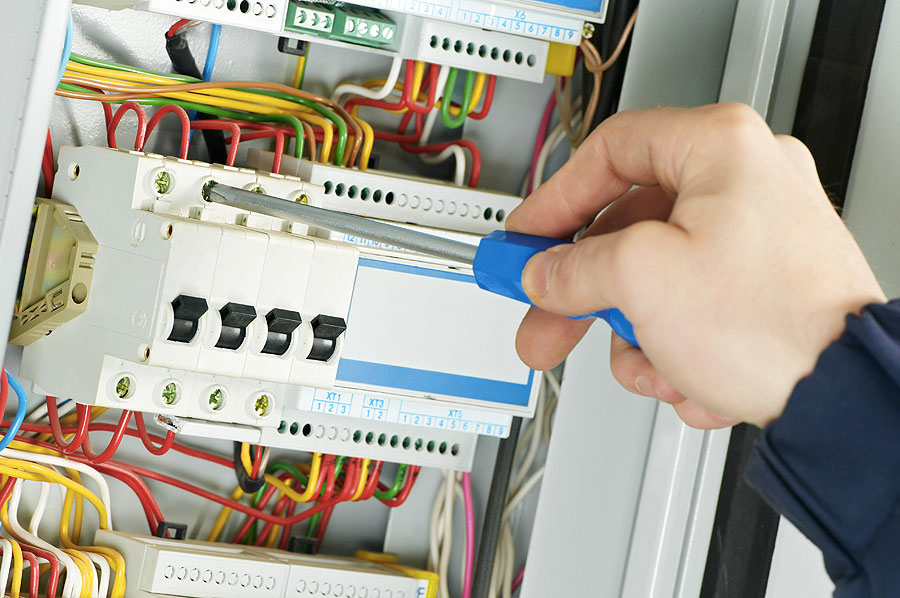 The second category includes electric receivers, a break in power supply which can lead to disruption of the normal activity of employees in the building, and to the third – all other electric receivers. The scheme of the supply network of the electrical system is developed only after the breakdown of these devices into categories, while the electric receivers of the first category should receive electricity from two independent sources that satisfy the requirements of power supply reliability at the acceptable time of power restoration and the permissible voltage deviation from the nominal.

Electric receivers of the second category are also provided with power supply from two independent sources, but with milder requirements for reliability over the permissible recovery time and voltage deviation. If there are electric receivers of the third category in the electric system of the building, they can also be connected to these two power supplies, and if there is a lack of power, additional power supplies are used.

Artificial lighting plays an important role in creating comfortable conditions for a person to stay in the building. Of course, natural sunlight is the most favorable for humans, but it has a number of drawbacks: dependence on the time of day, on the climate, on weather conditions, so the electric lighting system is simply necessary to create optimal conditions in different rooms. Effective control of lighting in the electrical building system is provided by the DALI (Digital Addressable Lighting Interface) bus, which allows switching on and off lights and their groups, controlling dimmers, and also monitoring the condition of luminaires. At the same time, the DALI bus easily interfaces with LON or KNX / EIB networks, which allows integrating the lighting control system into a single dispatch and building automation system.