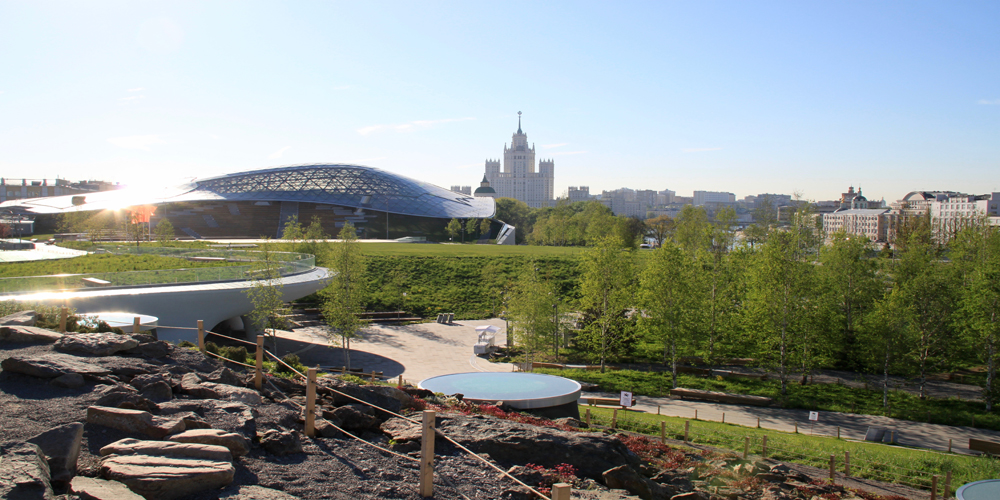 “Charge” is a new park, built in the historic center of the city, near the Kremlin and Red Square. The park was opened in September 2017 and is very popular among Muscovites and guests of the capital.

In 2018, the international architectural portal ArchDaily noted “Charge” as the best project in the field of public spaces, the multimedia equipment of the park was awarded the InAVation Awards, and the jury of the MIPIM Awards included Zariadye among the finalists of the contest.

The company TBS took part in the creation of engineering systems of the park. For more information, see Projects.

TechBuroSystema Company has started designing the RD of the Architectural lighting control system for the object “Multifunctional cinema-concert hall with advanced functions of the Moscow-City MIBC”.

The total area of the cinema-concert complex will be about 43 thousand square meters. The round hall for 1576 seats will have a transformable stage part, it will be placed under a transparent dome with a diameter of 64 meters.